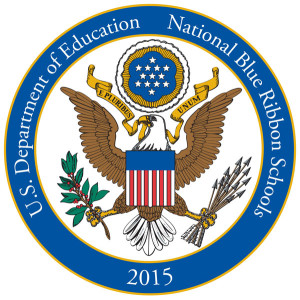 Oklahoma City- Harding Fine Arts Academy (HFAA), a public charter high school in the heart of Oklahoma City, has just received two high honors. The school was named by Newsweek as one of the top high schools in the nation for “Beating the Odds” with economically disadvantaged students, but more recently, U.S. Secretary of Education Arne Duncan named HFAA a National Blue Ribbon School for 2015.

HFAA is being recognized by Secretary Duncan along with 285 public schools across the country as a National Blue Ribbon Schools for 2015 based on their overall academic excellence and progress in closing achievement gaps among student subgroups. Each year the Department invites National Blue Ribbon School nominations from the top education official in every state. Those nominations are then invited to apply for recognition based on performance levels over the last five years.

“This honor recognizes your students’ accomplishments and the hard work and dedication that went into their success,” Duncan said. “Your journey has taught you collaboration, intentional instruction, and strong relationships in school and with your community. You represent excellence—in vision, in implementation, and in results—and we want to learn as much as we can from you.”

HFAA principal Barry Schmelzenbach said he credits the National Blue Ribbon Award to a high quality, dedicated faculty who continually focus on learning instead of teaching, and a visionary founding board who believed a truly transformative education should draw from the full breadth of human experience.

“Developing students for the challenges of college and beyond begins in every classroom, one student at a time,” Schmelzenbach said. “Our focus on an academically challenging, arts-integrated curriculum engages students, and our teachers work tirelessly to support that engagement and student achievement. This approach works for students regardless of their college aspirations.”

Harding was founded in 2005 as a tuition-free, public charter school that gives the same footing to the arts as it does to academics, with high expectations for both. The school’s curriculum includes twelve AP courses and eight advanced visual/performing arts classes, among over 80 available courses ranging from calculus to martial arts.

“This award is a symbol of exemplary teaching and learning, and we take it as a challenge to continue reaching for higher levels of achievement by building on the hard work and dedication of teachers, students, parents, and community partners that got us here.” Mr. Schmelzenbach and former principal Dr. Sherry Rowan will accept the honor formally at a recognition ceremony November 9th 10th in Washington, D.C.